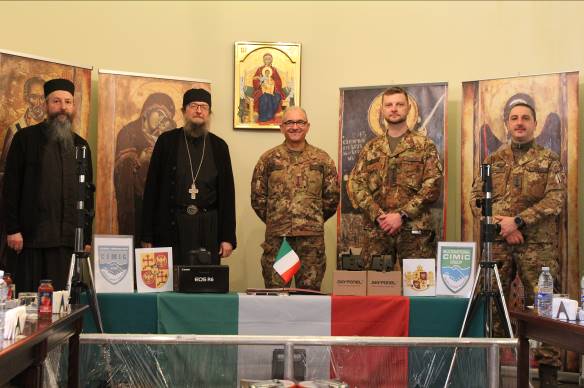 MNCG specialists developed a project for the Orthodox Curch

Kosovo, May 2022.
In recent weeks, CIMIC operators, deployed within KFOR mission, have donated the necessary equipment for audio and video digitization for the frescoes of the Orthodox Monastery "Visoki" of Decane.
The church represents the last masterpiece of the important phase of Romanesque-Byzantine architecture in Balkan region. Built of marble, it is the largest of the medieval churches in Balkans and has an extremely rich and well-preserved heritage of Byzantine paintings and Romanesque sculpture dating back to the 14th century.
The monastery, since 2004, is part of UNESCO Cultural Heritage, under protection of United Nations, as well as the Kosovo Force.
Started in 2021, the project is aimed at supporting the Orthodox community in enhancing the artistic heritage kept inside, with the aim of providing the Monastery with useful tools to faithfully reconstruct, through audio and video digitization, the frescoes in high resolution and with well-defined details.
During the donation ceremony, all religious staff was present. The Abbot of Monastery, Father Sava Janjc, expressed considerable gratitude towards the Italian contingent and specifically, towards the commitment of Multinational CIMIC Group specialists, for having realized a project desired for a long time by the religious community. 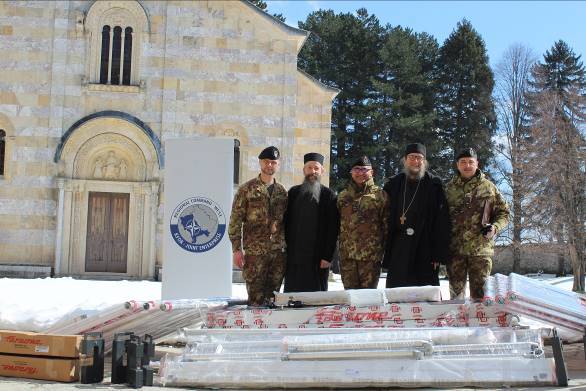 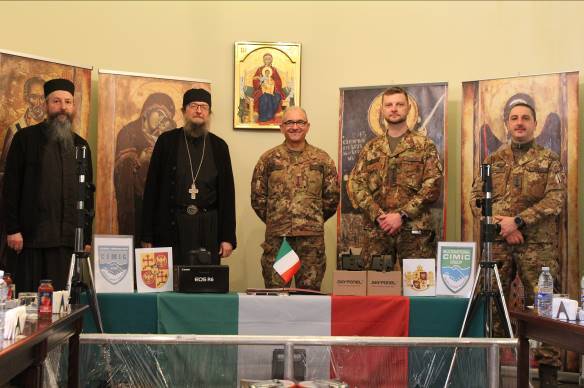 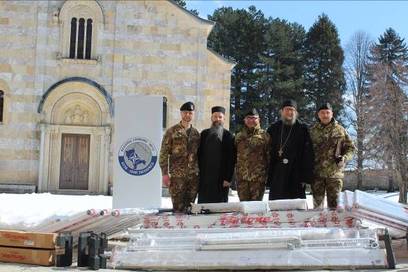 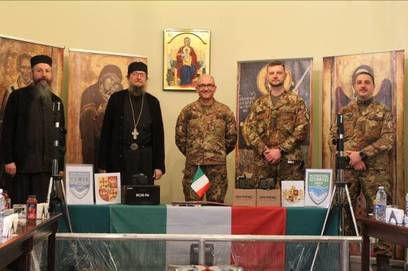