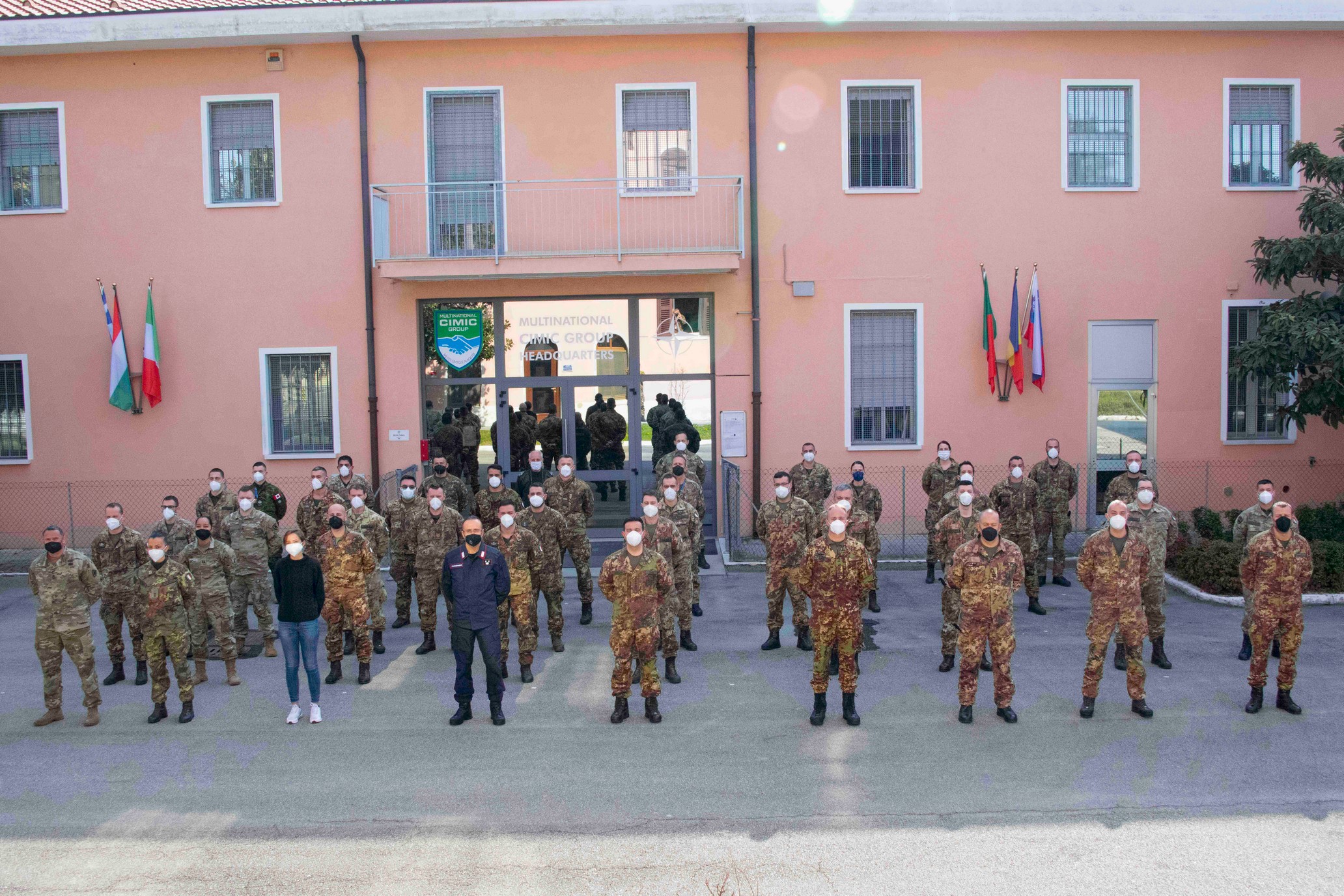 The course, unique in the panorama of NATO's educational offer, reached the sixth edition

Motta di Livenza, 25th March 2022
On March 25, 2022, MNCG completed the CIMIC Tactical Operator Course (CTOC) addressed to CIMIC (Civil-Military Cooperation) Operator working at the tactical level.
The course, organized in two weeks, aims to provide attendees with the knowledge and skills to interact with the several actors, military and non-military, who populate potential area of operations.
The 36 students, coming from both the civil environment and all the Italian Armed Forces, received classes on several doctrinal contents, ranging from interpreter management, to assertive communication and negotiation skills, and from gender mainstreaming to cultural awareness. Students were also requested to test on the ground the techniques, tactics and procedures learned during the course and aimed at achieving an effective liaison between civil and military environments. The students were also challenged by practicing negotiation techniques in role playing exercises with non-military actors (role players) and under psycho and physical stress.
It is worth mentioning the collaboration with the US Army Civil Affairs and Canadian Army instructors, who supported the course execution by providing coaches and instructors, as part of a NATO CIMIC instructors exchange program. The course is a unique in the NATO's educational landscape, and achieved its sixth edition since 2017. The course was carried-out in full compliance of Covid-19 restrictions.
As part of the instructors team Multinational CIMIC Group (MNCG) Commander, Colonel Mattia Zuzzi, introduced the MNCG capabilities, and delivered a class on CIMIC Centres by sharing his own personal experiences developed in past missions.
MNCG CIMIC operators are currently deployed in crisis areas where the ITA Armed Forces are requested to operate, and based on the experiences achieved in this deployments MNCG is able to develop a virtuous cycle of education where what is learned in classroom is subsequently practiced in operation and viceversa. The Multinational CIMIC Group, which includes, among the contributing nations, Greece, Hungary, Italy, Portugal, Romania and Slovenia, represents today a hub of excellence for the training of operators working in the complex field of civil-military cooperation. To date, more than 2400 students, both civilian and military, from all over the world, have qualified though MNCG CIMIC courses at the "Mario Fiore" barracks, and this achievement highlights the quality of MNCG education and training which is continuously adapted to respond to the real needs of current operational scenarios. 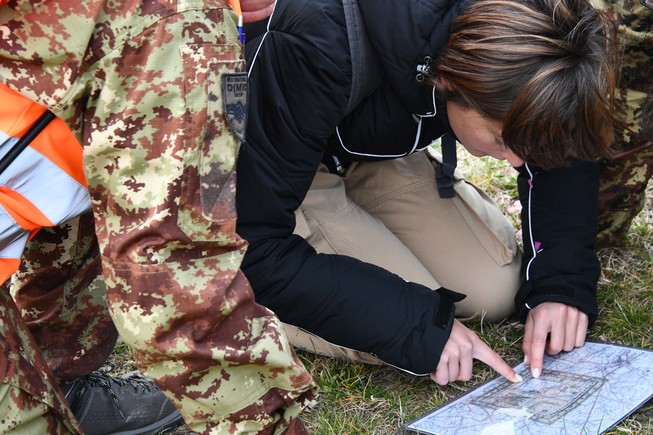 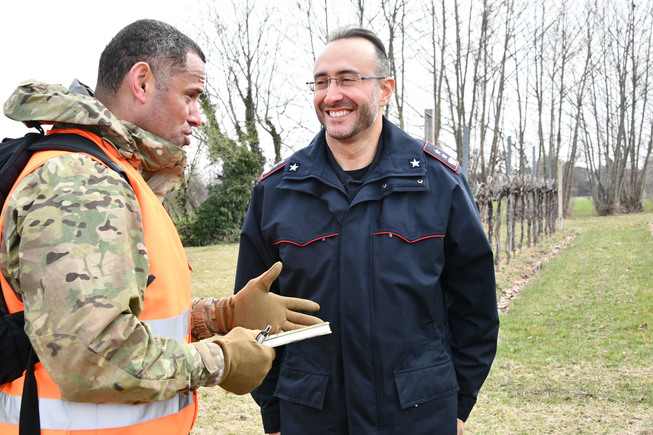 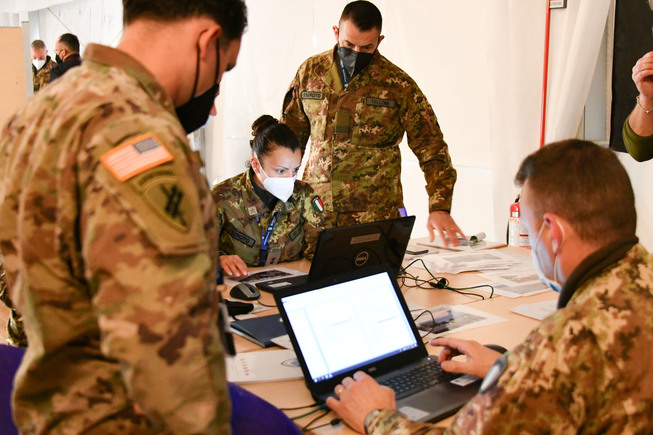 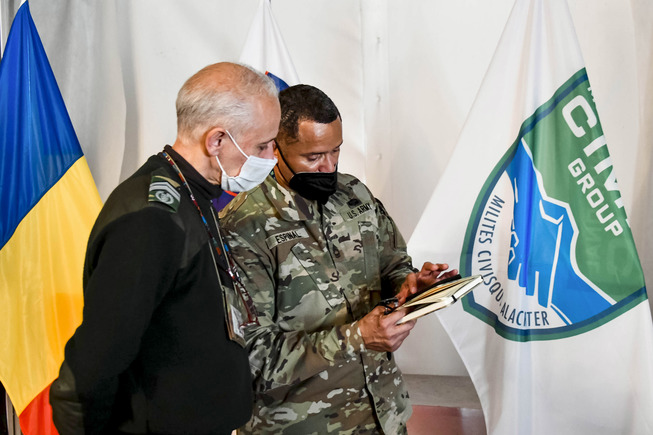 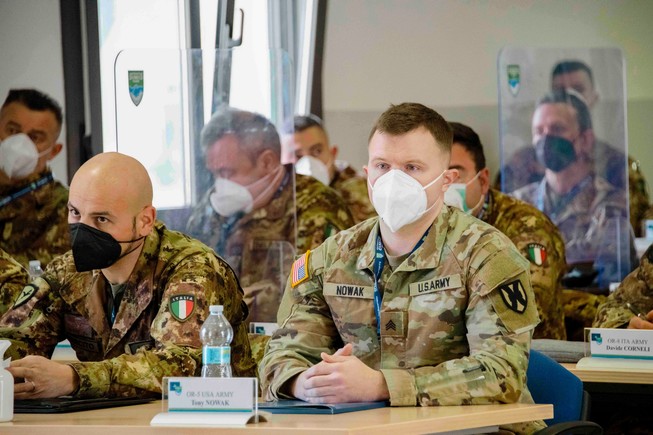 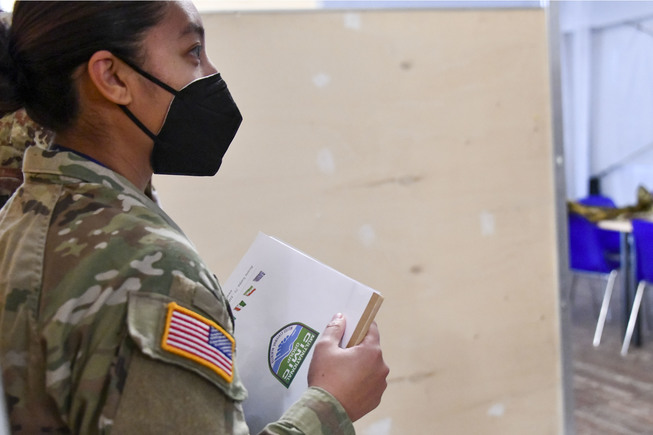 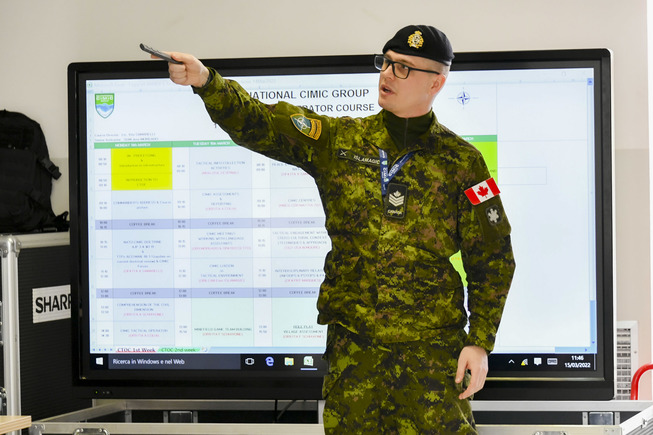 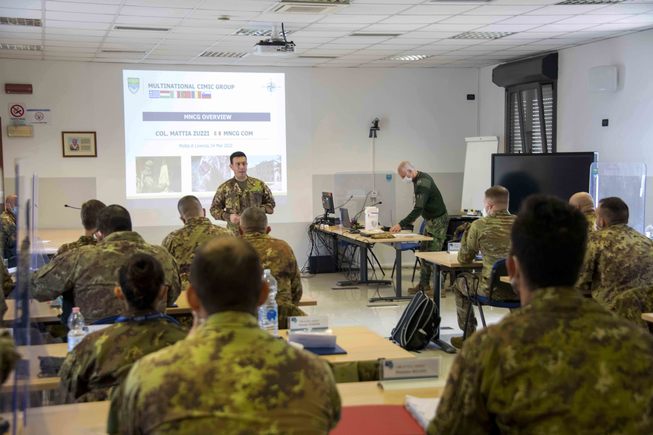 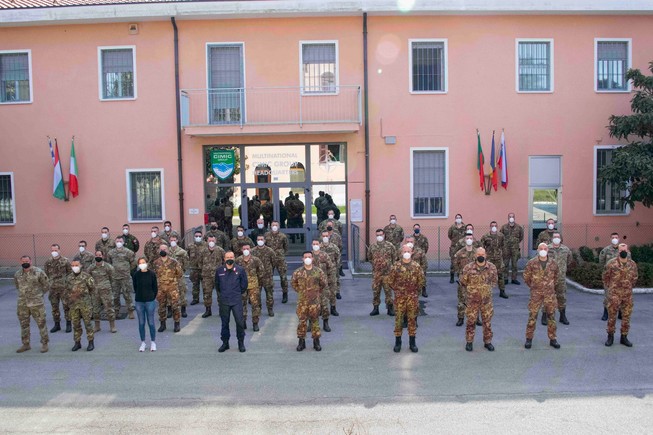 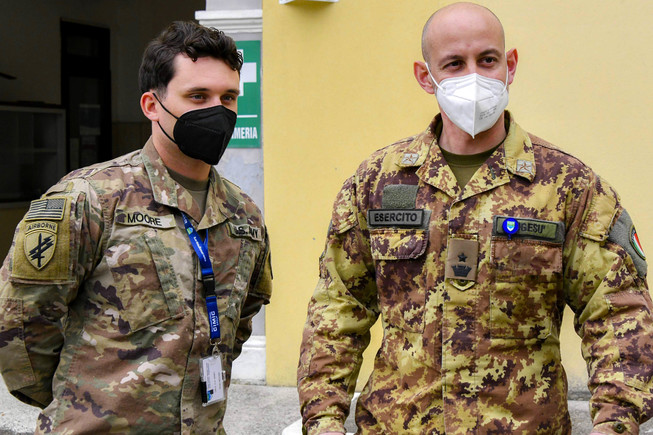 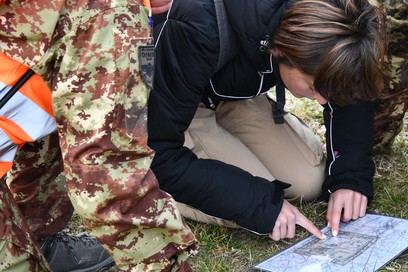 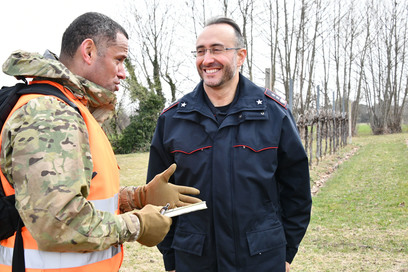 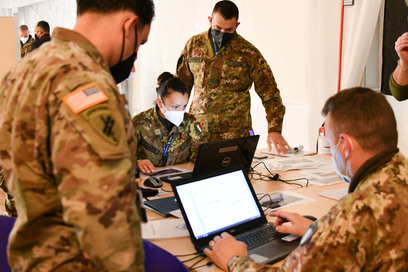 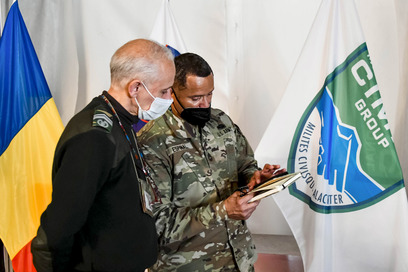 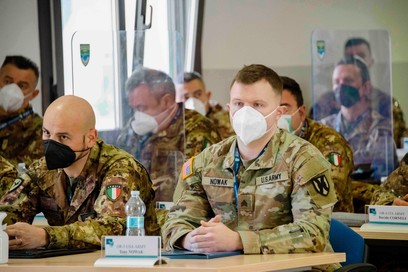 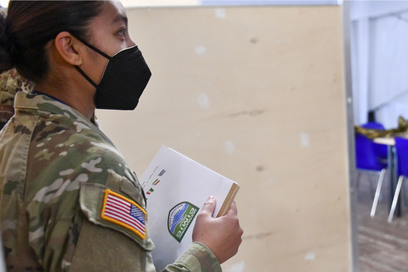 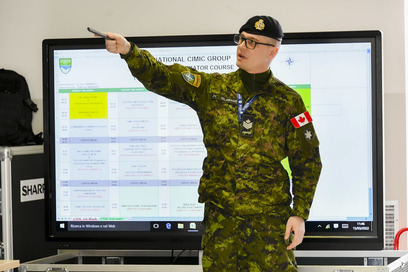 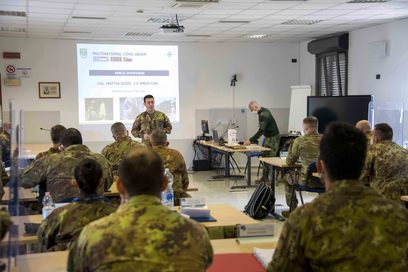 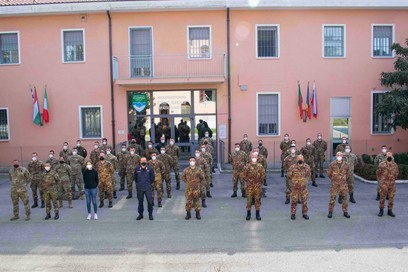 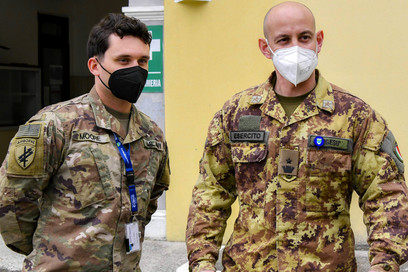