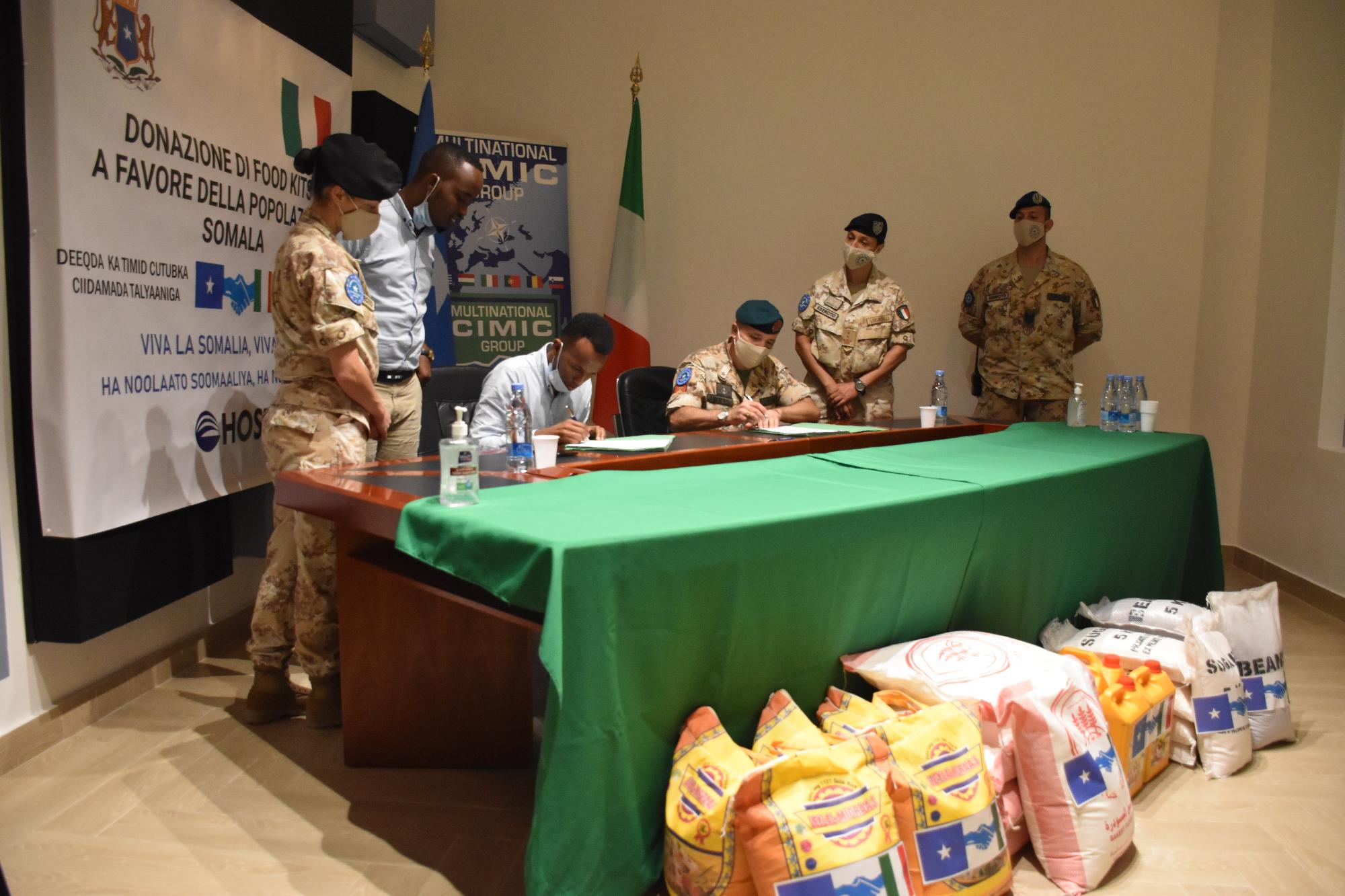 Somalia, January, 2022.
In recent weeks, a donation ceremony, part of a very important social project, was held at the International Campus in Mogadishu. With this event the CIMIC Cell of the Multinational CIMIC Group located in Somalia, donated 100 Food Kits to the Hodan District in favor of the local population. The district of Hodan recently appeared in national newspapers and TV for the attack perpetrated by Al-Shabaab against a British security company. The attack, in addition to causing deaths, injuries and damage to various infrastructures, certainly upset the already fragile balance of the district on the outskirts of Mogadishu, which was already in a delicate situation due to the considerable arrival of the IPDs. The donation, part of a civil-military social cooperation project, will allow the District Commissioner to ease the situation, effectively reducing the chances of any social unrest due above all to the lack of food, water and shelter for many internal displaced persons who have arrived in the district. 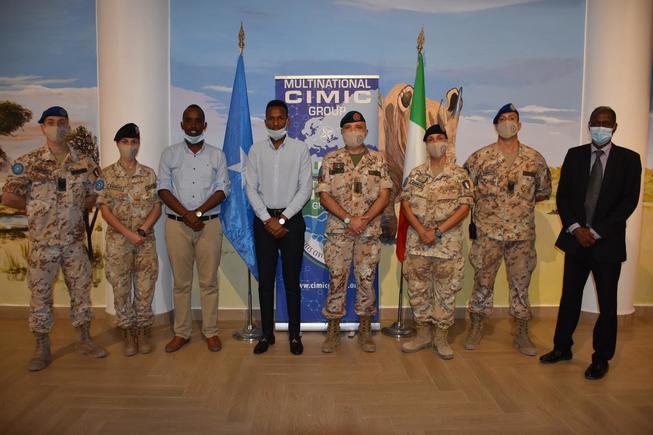 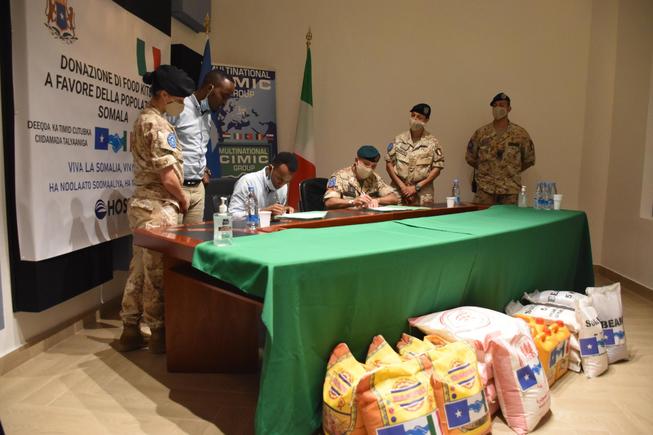 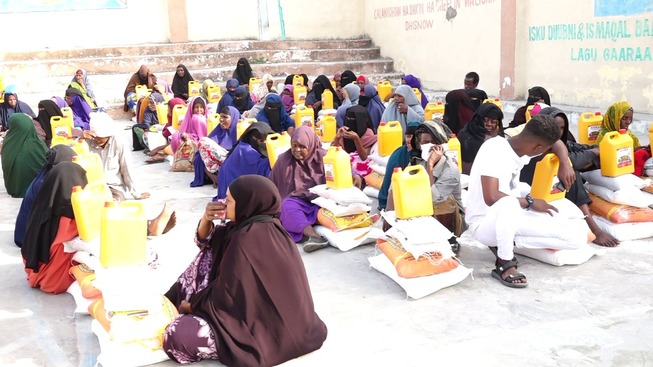 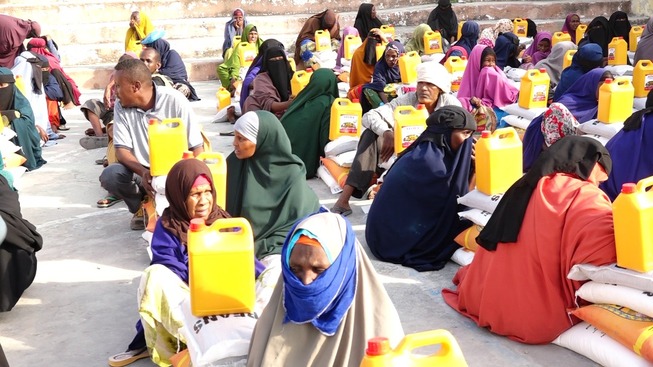 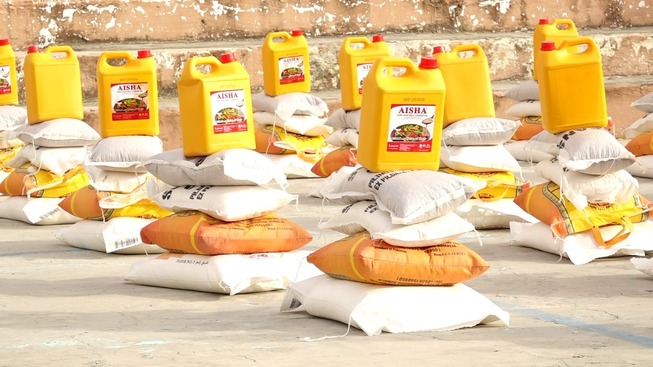 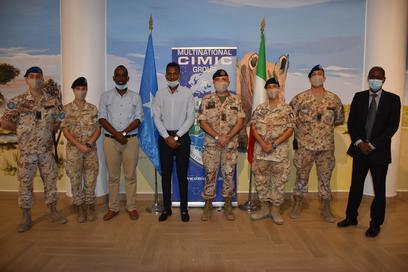 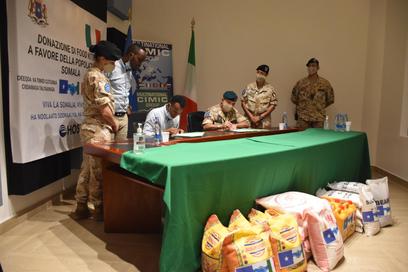 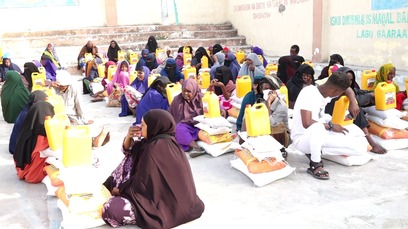 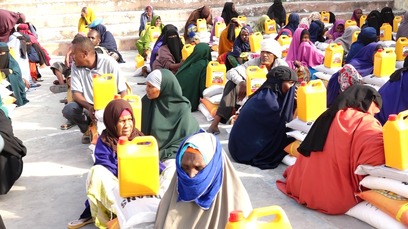 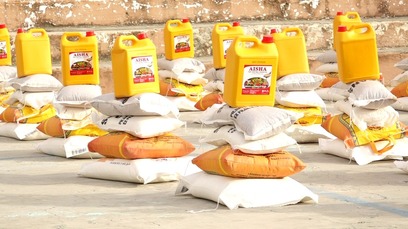